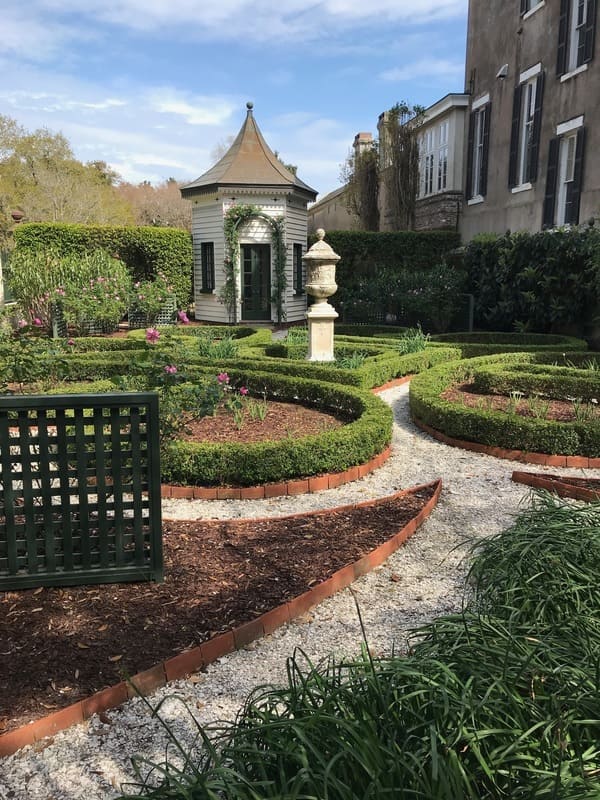 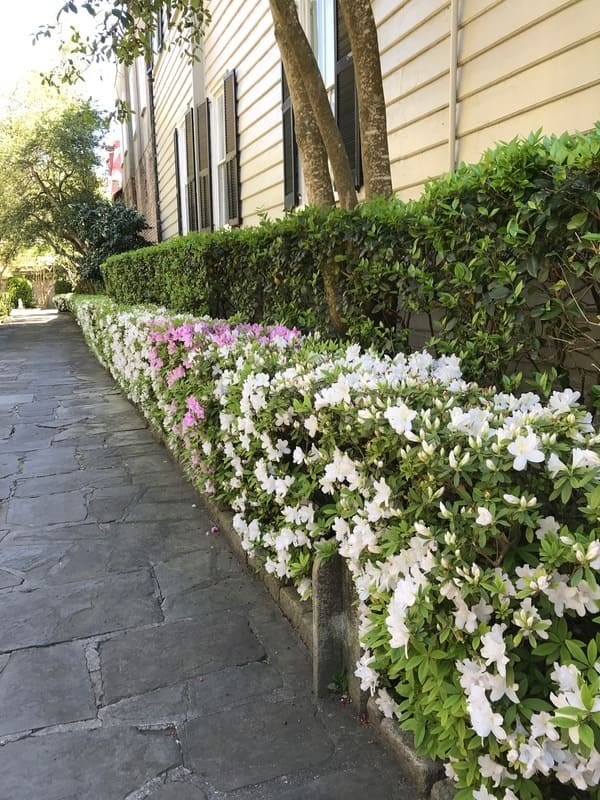 After the last massive snow storm here in the north east on Wednesday March 21st, I began to ask myself, will it ever end?

I had written in my last post something about being able to tolerate whatever happens in March because I know the end is in sight.

As of last Wednesday, I was beginning to doubt my own words. I had thought that we were done with snow after the last Nor’easter we had just 2 weeks prior to last Wednesday’s storm which caused massive destruction here in Montclair.

There were large trees down across roads and fallen electric lines making the town look like a tornado had passed through. On my property we had a fair bit of damage as well. A beloved old sour cherry tree was split in half, another tree in the back of the property was pulled up at the roots and was laying on top of our neighbors carriage house. And that doesn’t even begin to describe the huge tree limbs laying about, from Japanese maples and other trees.

We had the top 5 to 10 feet of huge hemlocks just snap off and fall to the ground as if they had been felled with an ax. And then there were all the poor shrubs both small and some up to 8 feet tall lying flat on the ground under a 10 feet of heavy snow and ice. Even now, weeks later, the back garden is still covered in snow and looks like a bit of a war zone.

Just in time came a scheduled trip to Charleston for the The Garden Club of Charleston’s 83rd annual House and Garden Tour. 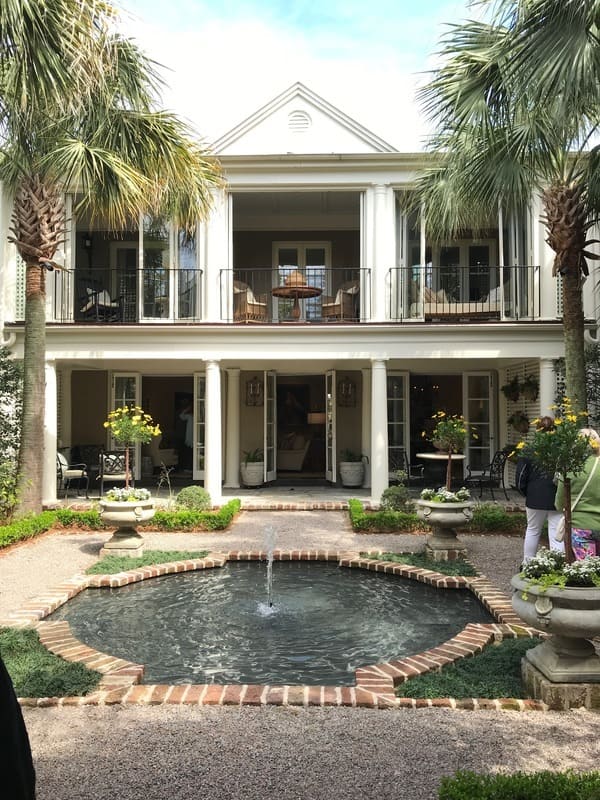 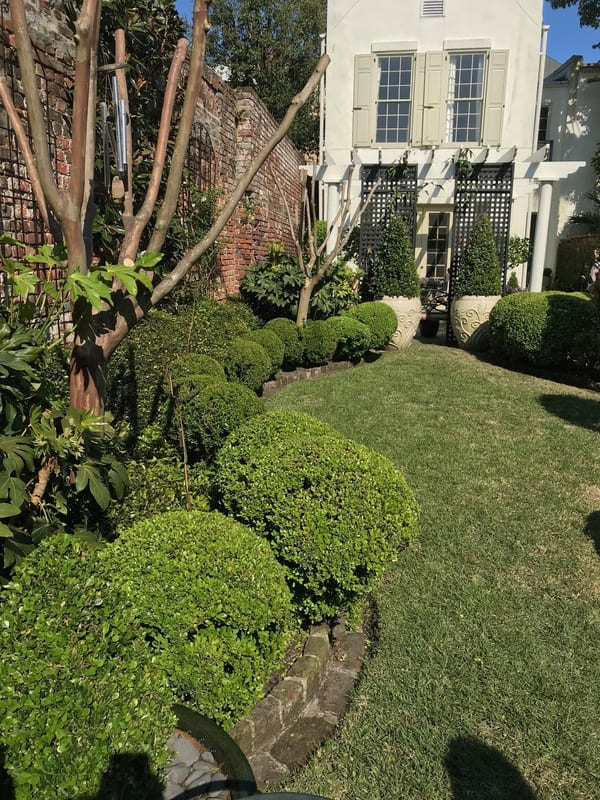 The Garden Club of Charleston South Carolina was founded in 1922 and is one of the oldest and largest garden clubs in America. I along with a few of my Montclair Garden Club gals were scheduled to leave on Thursday morning, the day after the last snow storm. By some miracle the garden gods were smiling on us and although the flight prior to ours was cancelled, we actually made it out of Newark Airport on schedule and arrived on time in the lovely city of Charleston. We were treated to two full days of touring some of the most beautiful private homes and gardens in historic downtown Charleston.

The homes showcased some of Charleston’s interesting history and distinctive architecture. 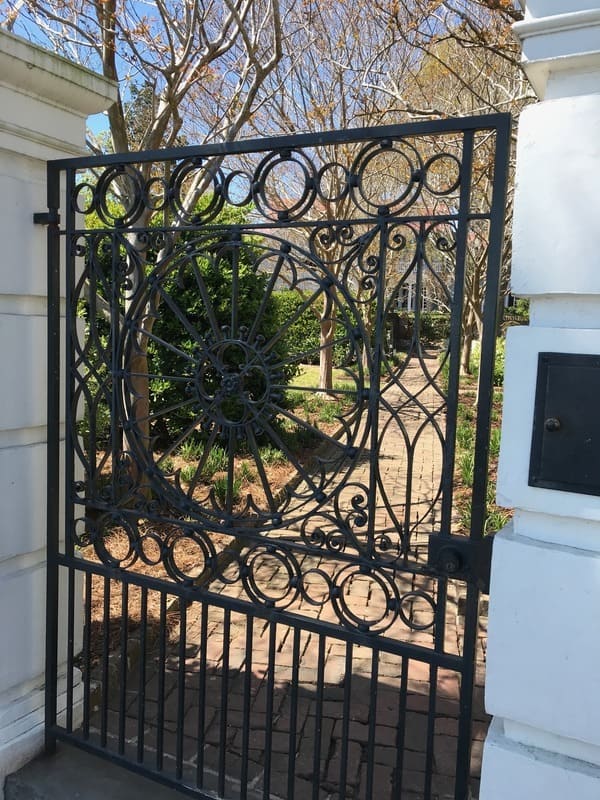 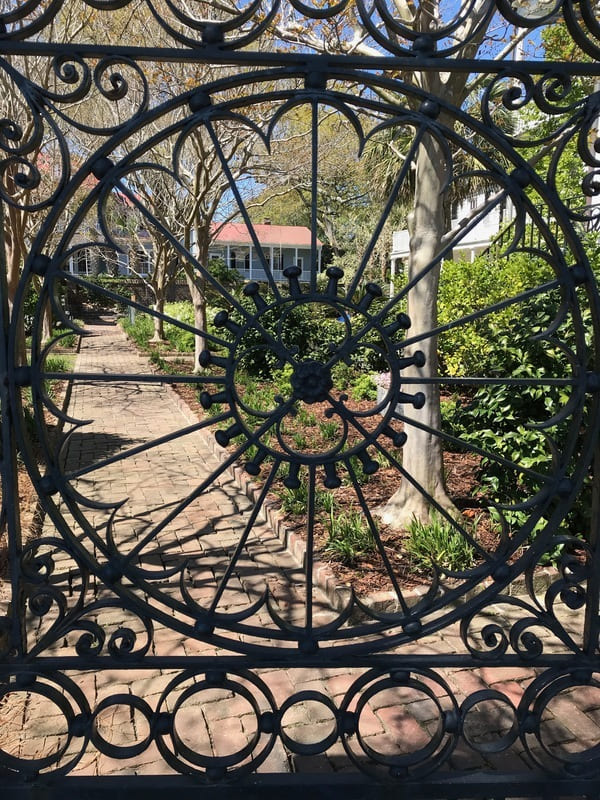 The Gates of Charleston 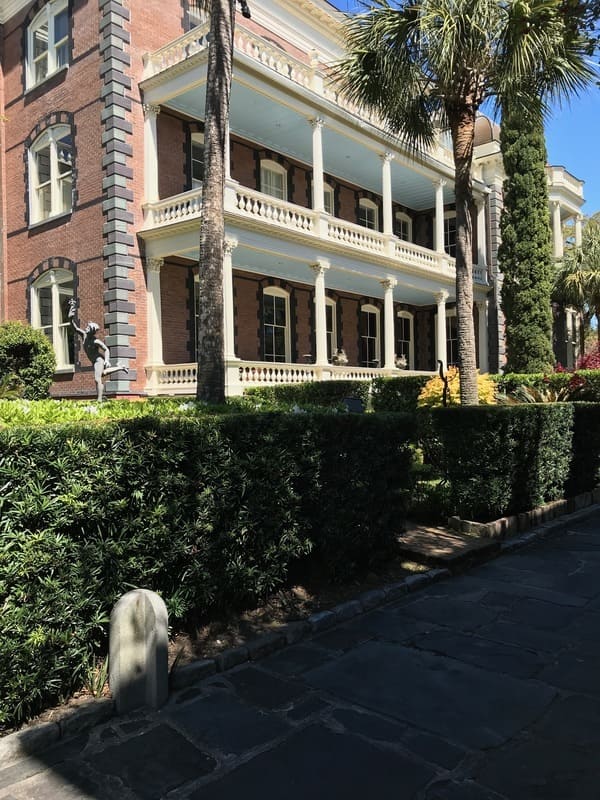 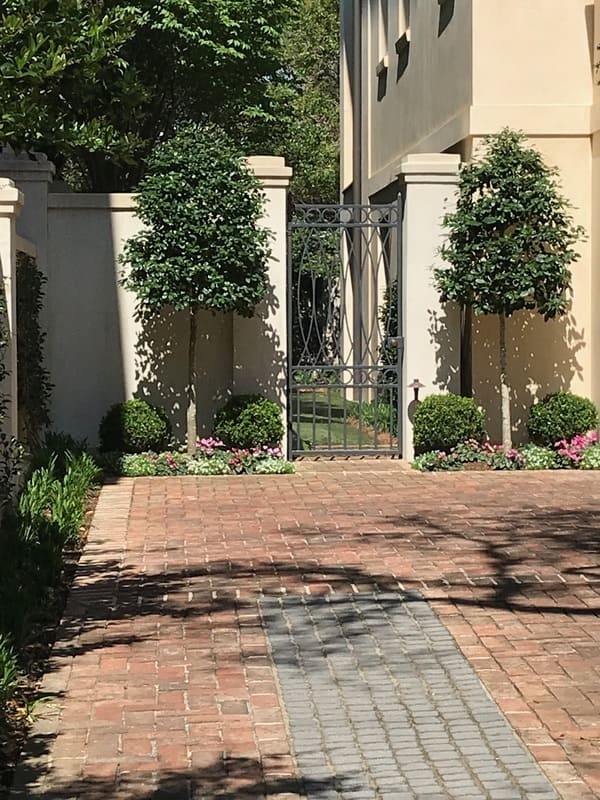 (left) The city of porches… (right) A welcoming entry way

Each room within the houses was adorned with uniquely beautiful floral arrangements created by members of the Garden Club but the gardens, oh the gardens, now they were a sight to see. 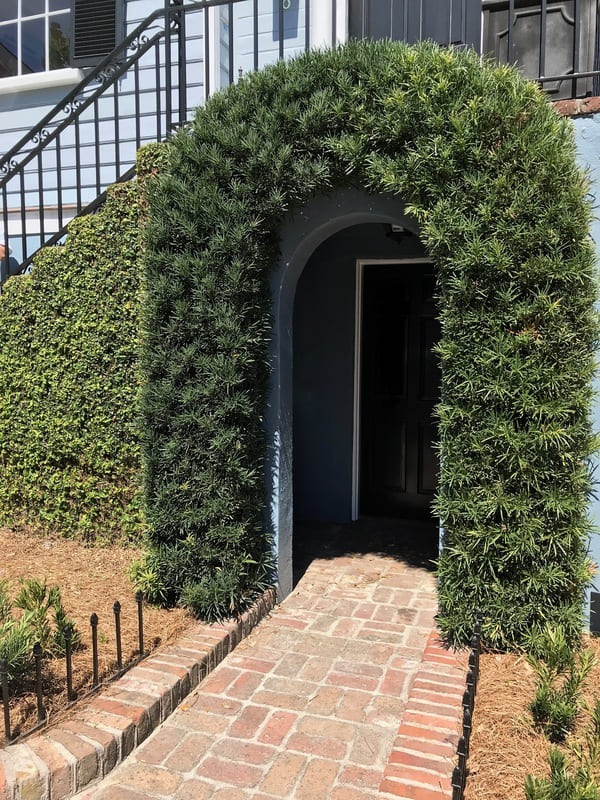 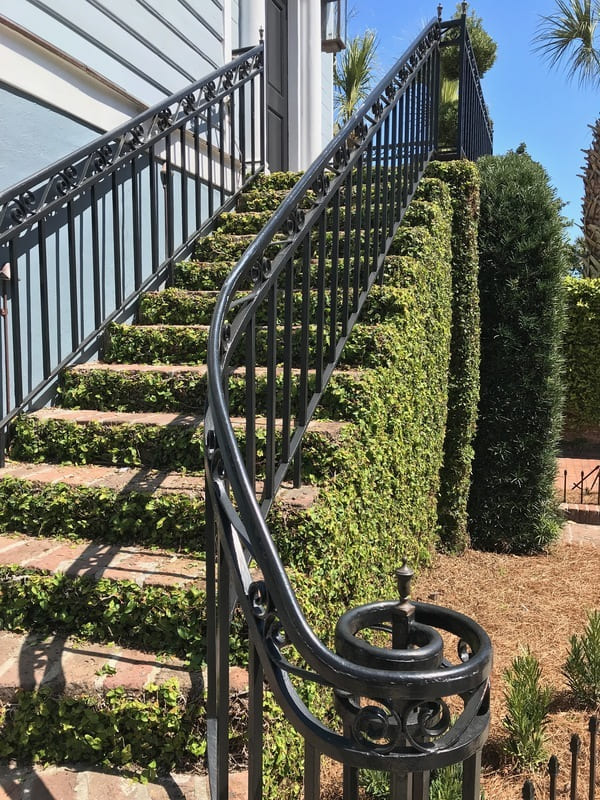 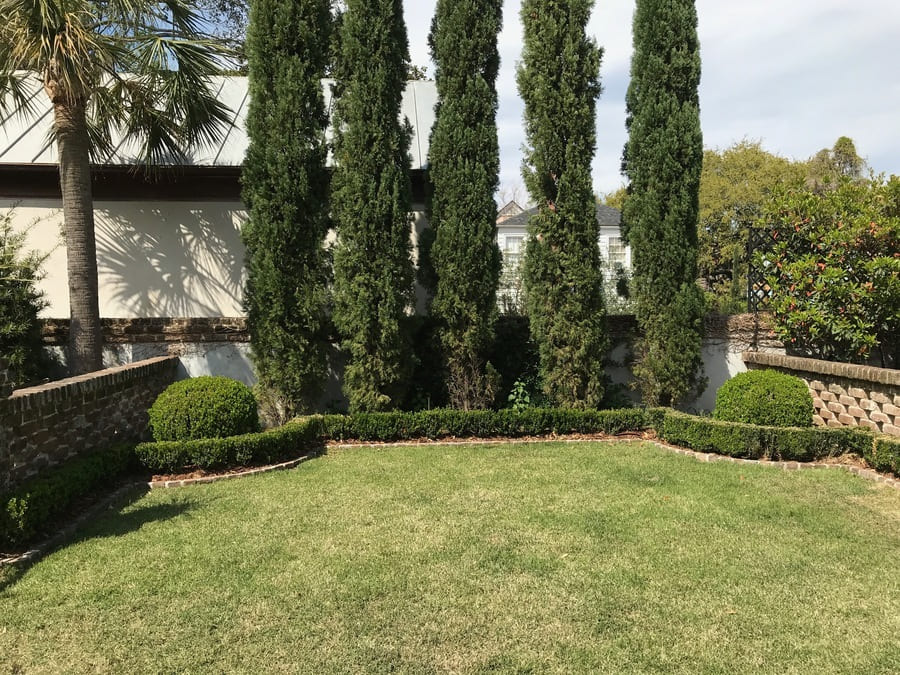 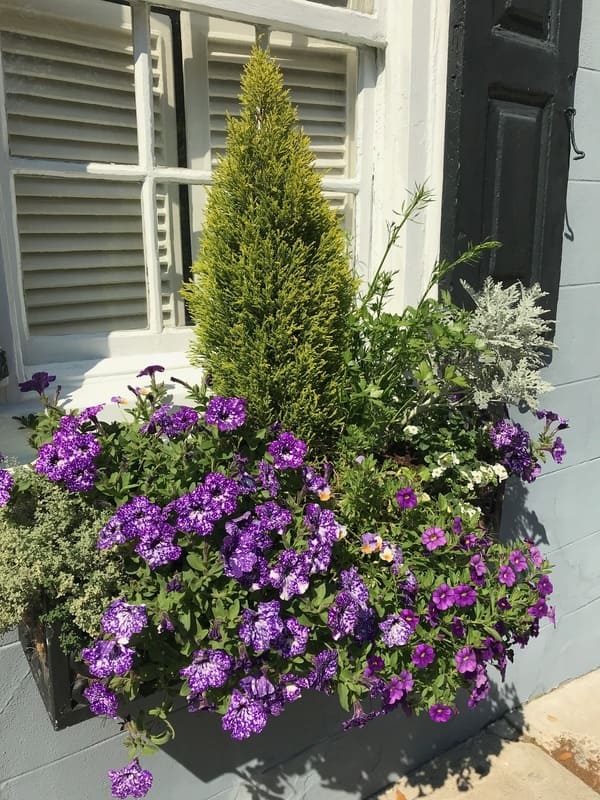 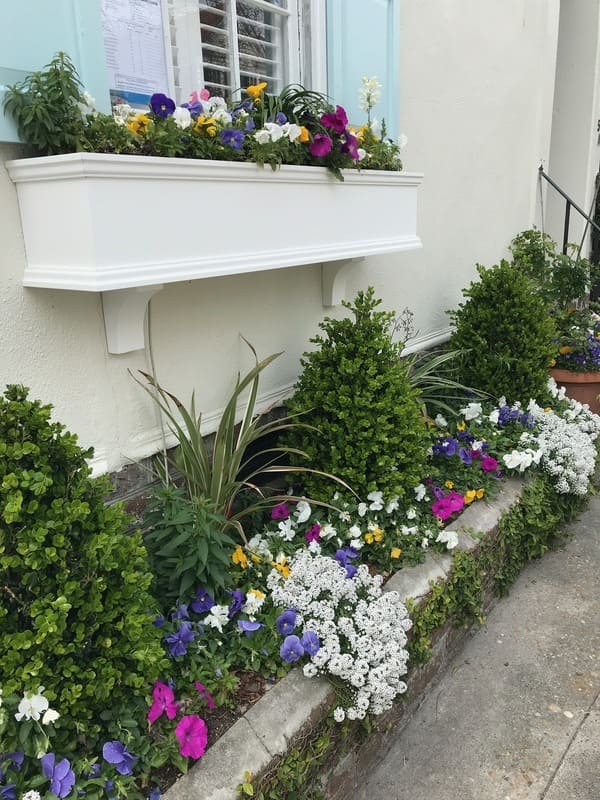 Only a couple of the many beautiful window boxes we saw on every house. 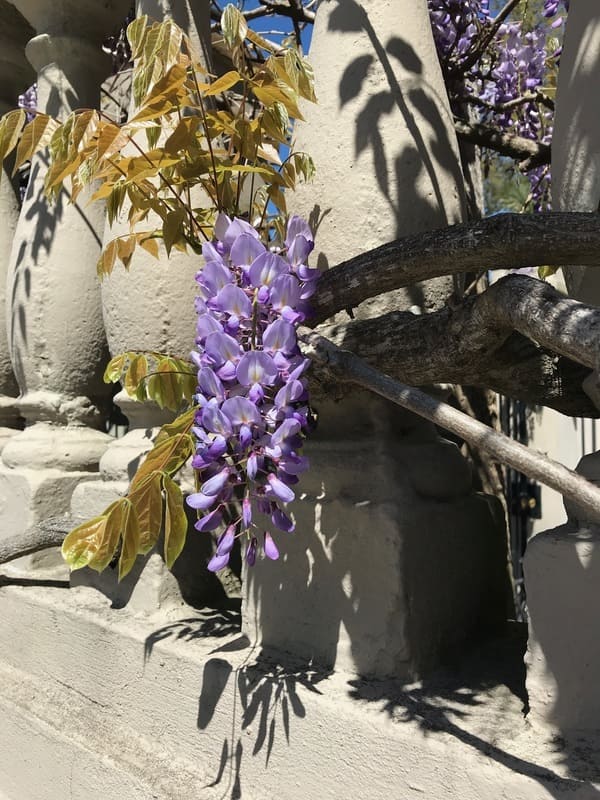 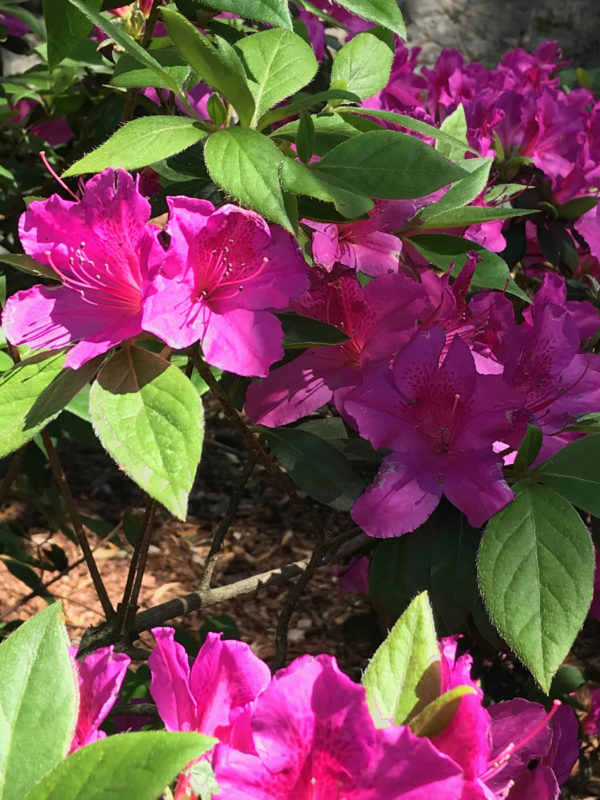 Wisteria and Azaleas in Bloom